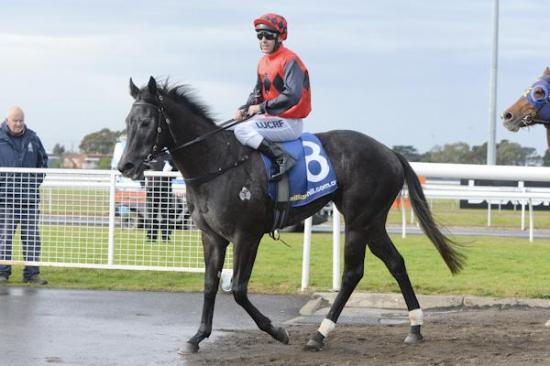 It is always that bit more nerve-wracking when a horse is sent out an odds-on favourite but once she jumped cleanly in the Blue Star Group Handicap at Sandown on Saturday, there was never any doubt that Deja Blue was going to find the line for her third success from just eight starts.

Getting to the gates, loading and getting out well were the main concerns with Robbie Griffiths noting that daughter of Denman has always had a tendency to be temperamental.

But the talent is certainly there, Deja Blue already amassing over $80,000 in stakes and looking to have come up extra well - this latest success coming at her first run since early April.

"She has got fantastic natural talent," Robbie enthused, adding that he could not help but be confident during the run as she cruised in fourth position, stalking the leaders.

"She landed in a great spot, it was a good ride and it all went to plan."

Robbie is looking forward to further wins from Deja Blue, noting that she is up just "at the right time of year to work her way through the grades."

"We can just potter along with her and take it one race at a time. There is a similar graded race here at Sandown in two weeks time which we will have a look at."

A half-sister to the stakes placed Triple Gold and the dual city winner Distant Dreams, Deja Blue is out of the imported Gone West mare Miss Chaski, a half-sister to the French Group Three winner Time Prisoner and the UK Listed winner Pearl Grey.