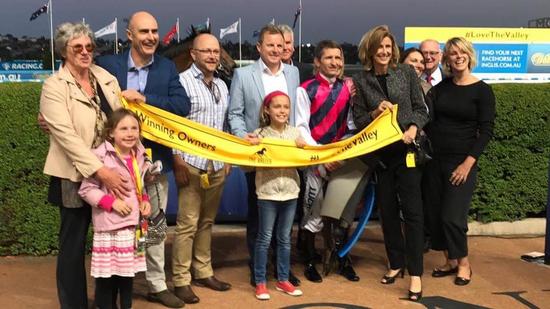 It was lovely to see Scandimania back to her best first up in Friday night's Inglis 55 Second Challenge Heat, the lightly raced four-year-old having proven disappointing during her previous campaign earlier in the year.

"She just needed to mature and she has done that," said a happy Don Healy who had been confident of a forward showing from the daughter of Magnus on the back of a recent Cranbourne trial victory.

"She has always been a mare who has shown us a fair about of ability. I thought barrier eight was the main problem tonight but she was always travelling well for Max."

The first leg of a winning double for stable, sire and jockey, Scandimania sat just off the leaders, improving to second around the back and looming up ominously straightening.

Taking the lead at the 100m she was off and away, her winning margin a soft and impressive 2 3/4 lengths.

"She is not a bad little mare," Allen said. "She went off the boil last time in but she has been working and trialling well this time in."

"She got a nice run and gave be a beautiful kick into the straight, she won well."

An interestingly bred horse in that she hails from the family of her own sire (a family which of course also produced superstar sprinter Black Caviar), Scandimania has won three of her eight starts for a big group of happy owners headed by Tanya Fullarton.