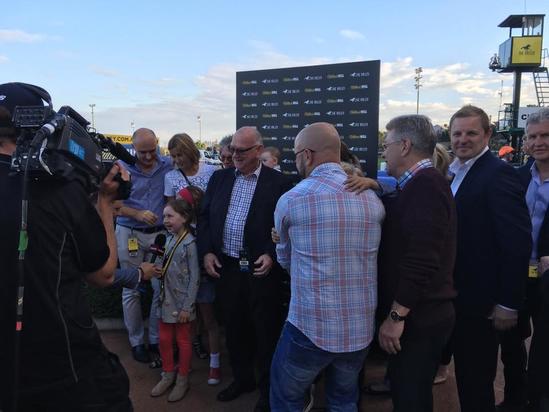 Scandimania has certainly returned to the track in fine fettle, backing up a strong first up Moonee Valley victory with another gutsy on pace victory at that track on Friday evening.

Despite rising 2 1/2kg, Scandimania was again dominant, railing gamely from an inside gate and determinedly holding her position when challenged coming to the turn.

Getting clear from the 200m, Scandimania won by half a length - her fourth success from just eight starts with her prize money tally now sitting at a healthy $90,000.

"It was another good win in a race that looked a bit harder than last time," said a delighted Max Allen who was having his first ride back from suspension.

"I didn't really want to lead but I didn't want others to cross us either so she just had to do that bit of work. But she still travelled well and gave me a nice kick in the run home."

Raced by a big group of "family and friends having a great time," Scandimania boasts a fascinating pedigree with her third dam Song Of Norway also grandam of her sire Magnus. This is of course the family of the mighty Black Caviar.