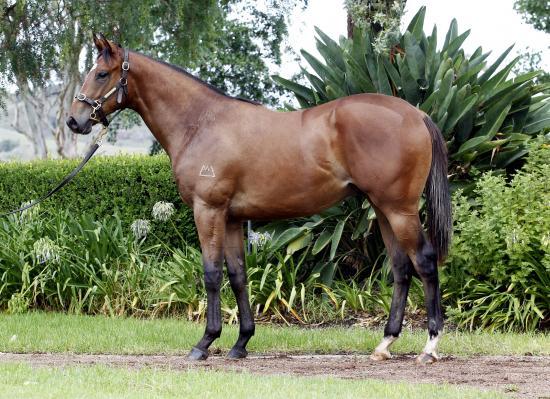 It was no surprise that, on the back of a stakes placing at his debut back in January that the promising Capannello was sent out an odds-on favourite first up at Bairnsdale on Tuesday.

A horse who has always displayed plenty of natural ability, the son of Onemorenomore did not have the easiest of runs from a tricky outside gate but he was always travelling well - albeit greenly - for Nathan Rose.

Wanting to lay in for most of the straight, Capannello looked ready to hit the front earlier than he actually did but once there he was strong to the line, really charging late and getting clear to win by a soft half length.

"He is a tricky horse," Rose said, "he wanted to lay in badly. But when he puts his mind to it there are better things in store for him."

"It's good to get that win out of the way," said the stable's Jade Matthews, who is looking forward to much more from the handsome bay.

Bred by Sun Kingdom and purchased for the bargain price of $24,000 at the 2015 Inglis Classic Yearling Sale, Capannello is the third foal and third winner for the unraced Elusive Quality mare Ausmaid.

In August producing a filly by Magnus, Ausmaid - a half-sister to the stakes winner Ghost out of the stakes placed multiple city winner Terrenora - is also dam of the five times winners Lead Husson and Hellaroo.