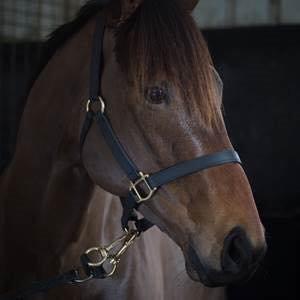 What great form Roman Fizz has been in this time in, the tough and talented five-year-old winning three of his last four - so tough on pace at Moonee Valley on Saturday night.

Amazingly sent out at double figure odds on the back of his consistent form, Roman Fizz was always travelling sweetly outside the leader with jockey Max Allen happy during the run.

"He is really flying this time around," he said, "and his run was good at Flemington - we drew one there which just wasn't the place to be that day. He got a bit lost down the straight but it was still a good run so I was confident coming into this race."

"I thought we'd be one/one or another pair back but he jumped well and he got some cheap sectionals. He did drop the bit rounding the turn and I had to give him a squeeze - all of a sudden he was travelling again and I tried to sit and wait as long as I could but I just had that much horse under me!"

"It was a great ride," the stable's Don Healy said, looking forward to Roman Fizz either returning to Moonee Valley in a couple of week's time or heading to Caulfield on Australia Day.

Roman Fizz has a big bunch of justifiably proud owners who hit social media in celebration...

"Fizz is magnificent and so was Max! Thanks to all at Griffiths Racing again," John Eklund.

"He is racing so well and was ridden perfectly by Max," Ken Ardley.

"Go The Fizz, such an honest boy, love you little man," Katrina Dallas.

A son of one of our favourite stallions - the reliable Magnus - Roman Fizz was a $30,000 purchase at the 2013 Inglis Melbourne Premier Yearling Sale.

Bred by Widford Park, he is a half-brother to four winners including the Listed winner Testamarriage from the family of Oakleigh Plate winner Reactive. It was a good weekend for the family with one of its members Cavaloce finishing a close second in Sunday's Standish Handicap at Flemington.

The winner of over $125,000 in stakes, Roman Fizz has found the line on five occasions and has a further five placings to his credit from just 23 starts.