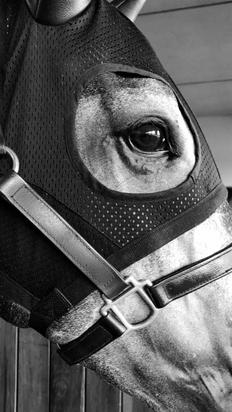 Not too many horses win three metropolitan races in one campaign but that is just what up-and-coming mare Deja Blue has done - the attractive grey's latest success coming at Flemington on Saturday.

Having had no luck at the same track at her previous start, Deja Blue this time enjoyed the perfect run from the inside gate and she was always travelling sweetly for Jye McNeil.

It was a clever ride by McNeil who, mindful of the strong headwind prevailing at Flemington, kept the mare covered up for as long as he could - not switching off heels until inside of the 300m.

And once into the clear it was all over, Deja Blue extending as soon as she was asked for her effort. In saluting by a length, she was able to record the fifth victory of her 12 start career.

"I just wanted to stay in behind as long as I could," McNeil reported, "and once she got into the clear she quickened really nicely."

"She was way too good and I think she can go onto better things."

Deja Blue is a favourite of McNeil's who noted that "I have been striking up a really good relationship with her."

In fact he has been aboard for all three of her city wins.

"It was a perfect ride from a great barrier," Don Healy said, noting that Deja Blue had, at her previous outing been "a victim of circumstances."

"But when you draw barrier one it makes things a bit easier."

Describing Deja Blue as "quirky" and "pretty tough," Healy was happy to have gained stewards permission to bring the mare into the mounting yard late.

"If she was in here for any period of time she'd be bucking and carrying on and wasting energy so it was great that she was able to go straight out onto the track."

"However today she was better behaved than at any of her previous runs. Hopefully with maturity she is relaxing more and conserving her energy."