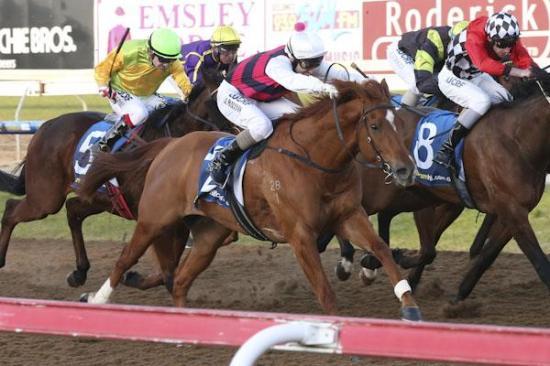 What a wonderfully consistent horse Nightcraft has been for connections and it was great to see him in winning form first up at Mornington on Saturday.

Having his first run since last September, the five-year-old made use of a nice draw settling along the rails a bit worse than midfield.

Riding a good strategic race, Nathan Rose had Nightcraft away from the fence and into clear running at the 600m. Fifth straightening, the chestnut was back to the rails - pinning his ears back and quickly putting 1 3/4 lengths on his rivals.

"I was a terrific win," Robbie Griffiths said. "He usually takes a few runs to reach peak fitness so I am sure he will improve off that win."

"He has always shown talent in this grade and Nathan Rose rode him perfectly to get the job done."

It was win number four from 37 starts for Nightcraft who has amassed over $100,000 in stakes having also finished in the placings on nine occasions.

Purchased at the 2013 Inglis Melbourne Premier, Nightcraft is a son of globe-trotting multiple Group One winner Starcraft and the city winning Catbird mare Night And Day.

Served last spring by Rich Enuff, Night And Day is also dam of the metropolitan winners Bring Back and Around The Clock, in turn dam of recent NZ Group One winner Hall Of Fame.