A Winner For Robbie 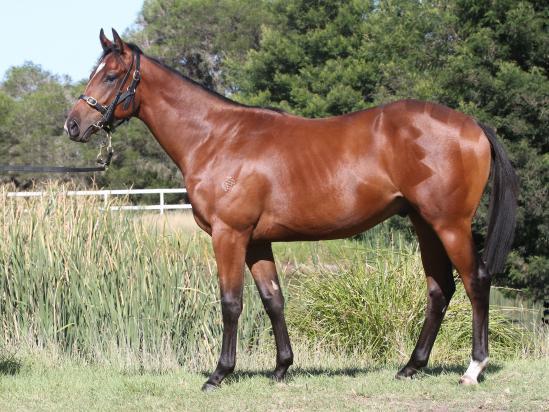 He may not have been first across the line but form guides will show that Mr Tindall was a debut winner - the promising three-year-old successful on protest at Pakenham on Thursday evening.

Whilst making a strong run out wide, the bay - who was sent out favourite on the back of a strong Cranbourne trial victory last June - was taken off course by Got The Moves over the final 100m.

"Bearing in mind the short neck margin stewards were of the view that had the interference not occurred Mr Tindall would have finished in front of Got The Moves," the report concluded.

And so our boy - who has a home-bred for Robbie and Shiranee is a rather special fellow - is a winner!

"It is always great to see any horse win but even more so when they are home breds," Robbie enthused - "it is very rewarding and hopefully he can go on with it now."

Named after Mike Tindall, retired English rugby player and husband of the Queen's granddaughter Zara (he was in the news at the time!), Mr Tindall is by Kaphero out of the winning Royal Academy mare Prospect Royale.

Racing just six times, Prospect Royale impressed Robbie to the point that he was happy to buy her back when she went through the ring as a broodmare. Close up in strong metropolitan contests after winning her maiden, an injury sadly bought her promising racetrack career to a premature end.