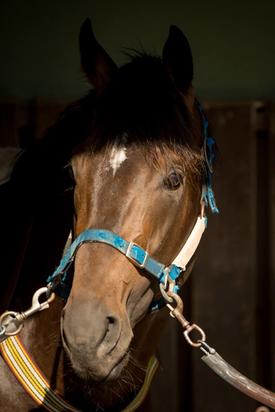 The stable's great form continued at Kilmore on Thursday with both Le Boss and Notable Choice saluting in smart fashion.

Kept fresh since a most unlucky run at his previous outing at Cranbourne in early January, Le Boss really caught the eye with his victory over 1450m - drifting back towards the rear and spotting the leaders around 12 lengths.

He still looked to have the job ahead of him at the turn but over the final 200m he sprouted wings, charging to the line.

"He didn't have much go right last start and it was the same again but he stuck to his task, showing his class by getting the job done," Robbie said.

There are a number of familiar names in the ownership of Le Boss including our very own Don Healy.

Bred by Bowness Stud, Le Boss was a bargain purchase at the 2014 Inglis VOBIS Gold Yearling Sale where he caught Robbie and Peter Ford's eye.

A full brother to the city winner Zaboss, Le Boss is out of the Zabeel mare Zachelle, a half-sister to the Singapore Gr.2 winner Itmaybeyou from a strong European family.