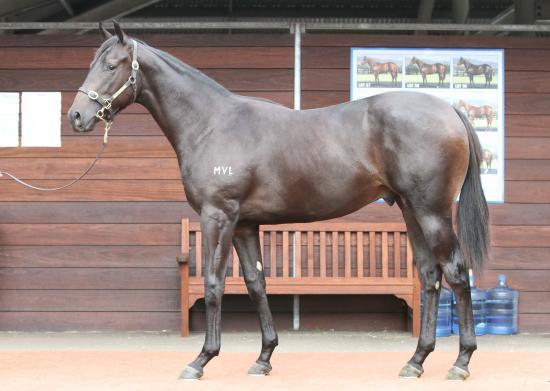 It was win number two from just three starts for the promising Perfect Command at Ballarat on Wednesday and what a grand job he did, bringing the field up to a tearaway leader before finding the line in determined fashion.

As Ejaytee - to whom Perfect Command had run second at his previous start - got lengths clear before the turn, it was up to our fellow to do the chasing and jockey Beau Mertens admitted that, with a furlong to go, he"was worried!"

"He had to really tough it out and he did, he dug deep. He may be all the better up over 1400m and he is a horse with a bright future."

Reid Balfour was also impressed, noting that "it is not easy for an inexperienced horse to chase a leader like that, he did a good job."

"He is a horse who really wants to win," he added, "and that is half the battle."

Purchased by Robbie with Peter Ford, Perfect Command is by one of the stable's favourite stallions Commands whilst his dam Exquisite is by that late stallion's close relation Viscount.

Bred on a 3 X 4 cross of the legendary Eight Carat, Perfect Command is a grandson of the smart race mare Many Hands, dam of two times Group winner Dextrous who is turn dam of feature race winners Skilled, Sidestep and Ambidexter. This is the family of champion mare Emancipation.