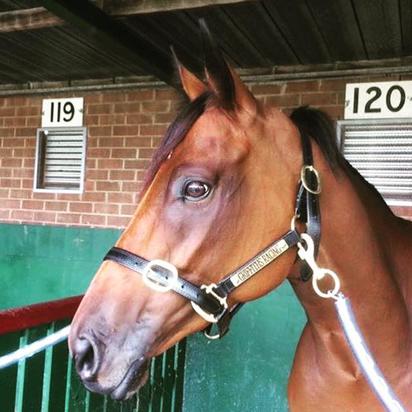 What stellar form Single Note is in, the tough and consistent mare at Sandown on Wednesday recording her third win in a row - and probably her most impressive to date.

Doing it tough out wide on pace, Single Note had reason to tire in the straight but instead she was strong to the line, hitting the lead early with 350m to go and drawing clear late to win by 1 1/2 lengths.

It was win number five from just 23 starts for the daughter of Not A Single Doubt who appreciated the claim for in-form apprentice Beau Mertens.

The 40th metropolitan winner for the season for Mertens, Single Note was, the young rider said, not unhappy out wide.

"Things didn't go to plan but she was comfortable in herself, travelling nicely."

"She got into a nice rhythm in the straight and we ended up in exactly the ground we wanted so it turned out to be an advantage."

"She was good when there was a slight doubt at the mile with her last start," Robbie Griffiths said, "and she was strong again today."

"We will see how far we can get with her this preparation, she is maturing now and she is versatile in that she can handle any type of going."

A lovely broodmare prospect being out of a half-sister to the multiple Group One winner Mentality, Single Note has amassed over $143,000 in stakes inclusive of $23,000 in VOBIS bonuses.