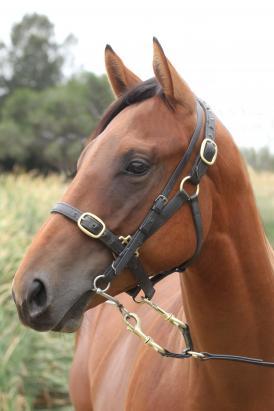 The stable took just two horses to Thursday's Seymour meeting and both returned as winners - and very different ones, Separee on pace throughout whilst Charlie Garcon sustained a long run out wide from the 600m.

Drifting back to the rear having thrown his head in the air at the start, Charlie Garcon was set alight by Craig Newitt well before the turn and in the straight he engaged in an exciting two horse war with favourite Jocasta.

Getting the upper hand late, Charlie Garcon was brave recording the second success of his consistent career.

"He the class horse of the race," Newitt said, "it had just been a long time between drinks."

"He had a nice run and I always felt that he was going to win, it was a good tough effort."

"He has always shown talent but has not always had things go his way," Robbie Griffiths said.

"He had to overcome the wide draw but Craig rode him very well and he got the job done. I am sure he will take great confidence from that win."

A son of Myboycharlie, Charlie Garcon is out of the winning Encosta de Lago mare Vital Mist from a strong American family that has enjoyed local success with Group One winner Bounding and Group winners Kuroshio and Believe 'N' Succeed.