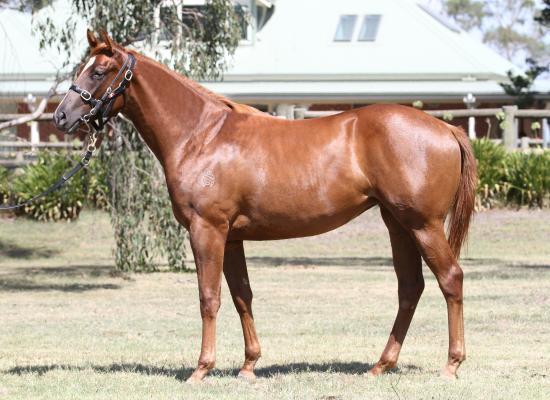 Lining up in maiden company for the first time, Purely Royal was always going to be hard to beat having shown ability in stronger races – and at Cranbourne on Friday evening she could not have been more impressive.

Settling back off a tardy start, the promising two-year-old was into the clear turning, charging home to swamp her rivals and getting clear to win by an extra smart 3¼ lengths.

"She has always shown the talent but just couldn't put it together on race day," Robbie said - "so it was great to get a race run to suit and Ryan rode her perfectly to get the job done."

"She will only improve as she matures."

A home-bred for Robbie, the daughter of Purrealist is out of the lightly raced but talented race mare Prospect Royale who was city placed before injury forced her early retirement after just six starts.

Also dam of the stable’s winners Inferential and Mr Tindall, Prospect Royale was served last spring by Stryker having produced a Canford Cliffs filly in late October. She also has a yearling full sister to Purely Royal.