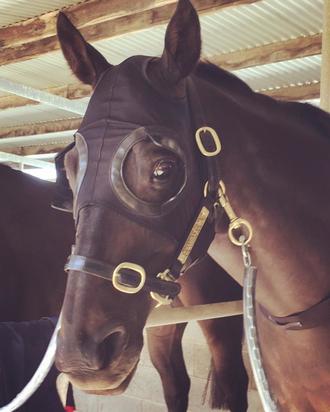 What a terrific horse Streetshavenoname has been for his owners, the tough and durable six-year-old weighing in the first three at 25 of his 47 starts and on Thursday night at Pakenham recording his fifth career victory.

And at nice odds too, sent out at double figures despite a Warrnambool win two starts previously being followed up with a somewhat unlucky fourth at Geelong where a lack of pace proved a hindrance.

"It was a genuine run race tonight," jockey Ryan Maloney reported, adding that the ability to get Streetshavenoname into the clear to make his run was key - "he is a horse who just hates being cluttered up and he doesn't like being told what to do. You just have to ride him where he is happy and he has a short, sharp sprint which he was able to utilize tonight."

Nicely ridden by Ryan, Streetshavenoname began well but drifted back and was travelling very nicely coming to the 600m. Eased gently into the clear turning, he really started to motor at the 250m, finding plenty as he and Lomi drew away from the others over the final stages.

"He tried really hard today," Jade Matthews said, noting that the gelding had been "on his toes" before the race.

"He had a bit of a spring in his step out the back and we were hoping that it was a good sign!"

The winner of over $130,000 in stakes, Streetshavenoname is a son of the Kentucky Derby winner Street Sense and the city placed three times winning Danzero mare Appear.