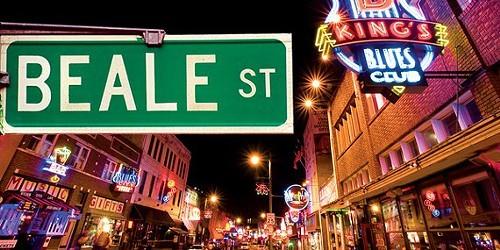 Barrier one turned out to be the perfect gate for Beale Street who was so game when breaking his maiden at just his third start on Tuesday.

Sent out second favourite in a 1200m contest on the Geelong synthetic, the promising so of Choisir was straight to the front though he did not have it all easy with a rival always at his girth.

Giving a little kick early in the straight, Beale Street had two loom up over the final 100m but he refused to concede, showing plenty of fight and heart.

"He has got reasonable ability," said Reid Balfour, "but he has been a slow learner, he is a big baby really."

"He had pulled a bit in behind them at his first two starts so we thought we'd use the good gate today and lead."

"It worked out well, he switched off nicely and fought the others off at the finish."

"That win will do his confidence a world of good and hopefully he can lift up a notch from here."

Jockey Max Allen, who feels that Beale Street has more to learn, was happy with his improved manners at just his third start.

"He relaxed much better today, he just shied a bit at the signs in the straight so it was a good, tough win."

"He is a strong horse who will get over further."

A son of the reliably classy Choisir, Beale Street - named after a famous music strip in Memphis - was bred by Nardoo Valley Stud.

A bargain buy at the 2015 Inglis VOBIS Gold Yearling sale, he is raced by Robbie and Shiranee, as Reid noted - "a couple of very important owners!"

Beale Street is out of the two times winning More Than Ready mare Nomorewastedeffort. Served last spring by Onemorenomore, she hails from a strong black type family whose members include the big race winners Vengeance Of Rain, Danelagh and Dizelle.