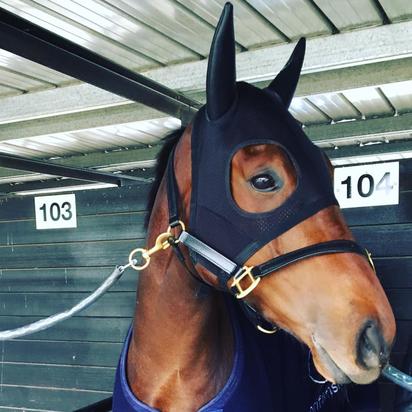 As honest as they come, Critical Rhythm has been racing in flying form this time in and at Geelong on Friday recorded his second victory from his last three starts.

Big odds rising in class to BM70 level having run fifth off a tardy start at his previous start in easier company at Pakenham, Critical Rhythm travelled like a favourite - settling beautifully midfield and cruising to the turn.

In the straight hitting his usual flat spot, Critical Rhythm took a few strides to really warm up but he was charging from the 200m - putting his nose out right where it counted/

"There was pace injected into the race," reported jockey Jye McNeil, "so they strung out a bit and we ended up having a lovely run."

"He does go through that flat spot but once he balances up he has another gear to get through and he always tries very hard."

"He always does his best."

"He drew a bit wide today, all he needed was a good ride which he got. He pinned his ears back and did his best."

With a similar race at Geelong being held in a couple of week's time, Critical Rhythm will head back to the synthetic.

Raced by Graf Racing, Critical Rhythm is a son of the well related Danehill stallion Critical List who hails from the family of high class racehorse and stallion Zeditave.

He is a half-brother to the stable's winner True Statement out of the three times winning Tank Attack mare Forayer from the family of feature race winners Runaway Bride, Group winners Stick Around, Charm Scene Land and Bridal Falls.