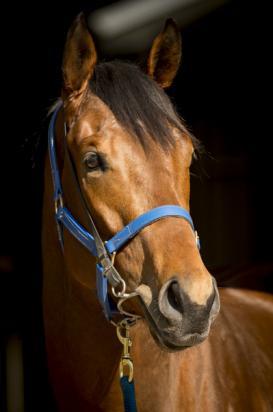 Two of our Pakenham Sunday runners were last start winners and both - Weekend Escape and Mai Shiny Choice - were able to make it two in a row, providing the stable with a running double.

Doing a good job rising in class, Mai Shiny Choice was nicely rated by Brad Rawiller, sitting fourth before looming up at the turn.

Wary of getting to the lead too soon, Rawiller held Mai Shiny Choice together until around the 200m - Strike Action making his run at the same time. The two fought to the line with our fellow doing best in an exciting finish.

"It was great to see him win again," Robbie said. "He is really racing with great heart and it was a terrific ride from Brad to put him in all the right places at the right time. It was a good, tough win."

"Brad really has the key to him," he added - "his three wins have all been over the 1400m on the Pakenham synthetic with him aboard."

"I tried to hold onto him for as long as I could," Rawiller reported. "He put a length on them and started to float a little bit but to his credit he was able to hold them off."

"It was a good effort from a horse going in the right direction."

There are a couple of options for Mai Shiny Choice at Sandown on September 6 and that is where he is likely to head providing there is not too much rain about.

Bred by his owners Australian Thoroughbred Bloodstock, Mai Shiny Choice is a son of globe-trotting Group One sprinter Choisir and he is a full brother to the Gr.3 winner Uxorious from the family of Black Caviar.