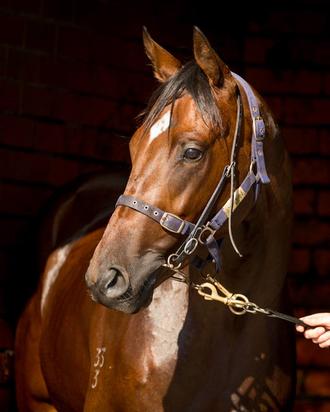 Having not had much luck when resuming, Notable Choice was a deserved second up winner at Benalla on Saturday - and he did it in style, really finding the lead well from back in the field.

Getting to the middle of the track soon after straightening, the son of Choisir knuckled down gamely, chasing the leaders from the 200m and putting his nose out right where it counted - impressing those who had supported him into favouritism.

"He has always shown potential," Robbie Griffiths said, "and he did look well suited in this event."

"It was good to see him get the job done and I am sure that with another win under his belt he will only improve moving forward."

The veteran of just 13 starts, Notable Choice is a two times winner who is yet to run a bad race for his happy owners.