The Money Is In The Bag 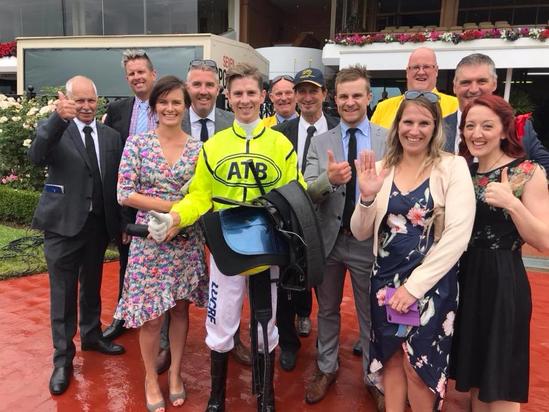 A dual city winner from just five starts - that is the race record of the lightly raced and exciting Mr Money Bags who was so impressive saluting at Flemington on Saturday.

Back to 1400m having been unable to really finish off after working on pace over 1700m at his previous outing, the handsome son of Written Tycoon travelled well behind the leaders for Jye McNeil.

As the first two skipped clear in the run home, Mr Money Bags took a few strides to get balanced but then he really let down, gathering in his rivals and putting his nose out right where it counted.

"He had a gut busting run the other day so we wanted him to have a softer run in behind them today," McNeil said.

"When we were able to do that he got into a lovely rhythm."

"He just wanted to hang into the straight a bit awkwardly but that's just a bit of immaturity."

McNeil, who was last aboard Mr Money Bags at his first two starts in maidens, was impressed by the way in which the three-year-old has come on.

"He flattens out now," he said, noting that the horse previously had quite a high action. "He is learning his craft and improving each time."

Australian Thoroughbred Bloodstock's Peter Morganti agreed - "he has been a horse who has taken time maturing and Robbie has been great taking his time with him."

"He was a very hard horse to gauge early, as along with his immaturity, he was a bit lazy on the track which left us not knowing how good he was."

"But after his debut second at Moe he has just kept improving and with each race is slowly getting his action right."

"It was a great training effort by Robbie," Morganti added; "bringing him back to 1400m and having him relax like he did."

"And it was a good reward for Jye McNeil who rode him first two starts and then had to miss his Sandown win because of dual meetings that day. It was a lovely, patient ride by a very good young jockey."

Purchased by ATB's Darren Dance at the 2016 Adelaide Magic Millions, Mr Money Bags is out of the city winning Dubai Destination mare Biggietupac who sadly died only recently - leaving behind a Love Conquers All colt.