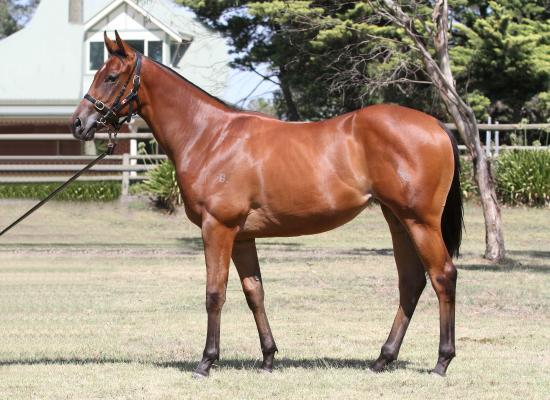 It was never going to take Electron long to break her maiden and it was great to see the promising filly break through in such impressive fashion at Cranbourne on Friday night.

Slightly slowly away from the inside gate, the big bay quickly mustered speed to sit just behind the leaders, always travelling nicely along the rails for Jye McNeil.

As the frontrunner drifted well off the rails turning, Electron was happy to stay close to the fence and she was soon off and away - putting 1 3/4 lengths on her rivals; doing a great job to salute at only her second outing.

Well fancied on the back of a solid debut fifth at Stony Creek, Electron improved nicely off that experience with McNeil noting that she settled well - "she travelled easily for me today and I was able to sneak up on the rails where nobody else wanted to be."

"She quickened really well around the bend and beat some nice ones so hopefully she can go on with it from here."

Which is exactly what the stable expects with Electron - who races in the colours of great stable client Craig Pearce - always showing good talent.

"That is the horse we see at home," Jade Matthews said, adding that it was merely inexperience coupled with a softish track that saw her out of the placings at her first start.

"She has been a bit of a slow process, she has just kept growing. She is quite a big girl and has had growing pains and has kept having to go out. But she has always shown us a lot of ability."

"A lovely mare who is nice to have around the stable," Electron is by Lonhro's Golden Rose winning son Denman out of the winning Redoute's Choice mare Electric Current.

Secured at the 2016 Inglis Melbourne Premier, Electron is the first foal for Electric Current who was served last spring by Better Than Ready having produced a colt by that same Queensland based stallion in late October.