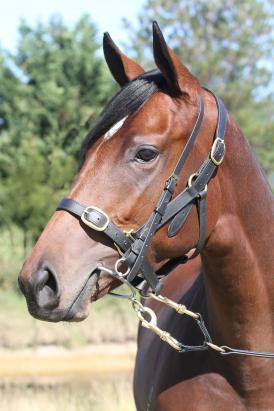 Milady Cabriot had not had much luck in the lead up to her maiden contest at Ballarat on Wednesday and so it was great to see her not only break through for a well deserved victory, but to do so in such easy fashion.

Settling third on the fence, the lightly raced four-year-old was always travelling well for Jye McNeil. Getting off the leader's back early in the straight, she had a bit of chasing to do late but was game wearing her rival down - hitting the lead with 120m to go and drawing clear to salute by an impressive 2 1/2 lengths.

"It was good to see her put the run on the board," said Ryan Griffiths who was happy to forgive the mare's previous unplaced run on heavy going - "Jye mentioned that she just didn't handle it at all so that was just a forget run."

"She was a lot better on top of the ground today," McNeil agreed, adding that Milady Cabriot gave him a good fell throughout - "she relaxed into a beautiful rhythm and it paid dividends."

A daughter of dual W.S Cox Plate hero So You Think, Milady Cabriot was purchased at the 2015 Inglis Melbourne Premier. She is the first foal for the winning Zabeel mare Limoncino, half-sister to the dual city winner Mango Daiquiri.

Served last spring by Holler, Limoncino hails from a strong international family - one that has produced the big race winners Cherokee Rose, Kirklees, Mastery, Mukhadram, Noordhoek Flyer and Spin Around.

Milady Cabriot's win was the stable's third for a day - testament to all the hard work everyone puts in!