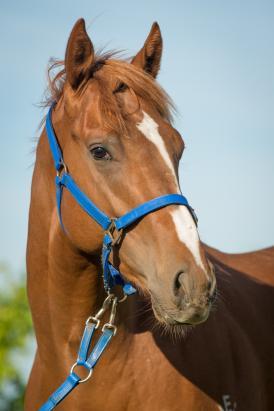 The consistent Son Of City was a deserved winner at Benalla on Wednesday and he showed plenty of heart in saluting - getting back on the fence and taking each gap as it came in the run home.

Getting to third by the 200m, the tough four-year-old wore the leader down before getting clear over the final 50m to salute by 3/4 length - his third success from just 15 starts.

"Robbie has placed him really well and it was a great ride by Nathan (Punch)," Reid Balfour said, adding that "early days he was a bit of a difficult horse to ride but he has been getting better with age and maturity."

"He looks to have a nice preparation ahead of him."

It was the second leg of a winning double for trainer and jockey with Nathan all smiles - "it is terrific to get the double for Robbie, he has been a terrific supporter of mine."

"With this horse it was just a matter of getting him to relax, he just wants to over-do things."

"I was a pair further back than I wanted to be but he was relaxed and that's all that really matters."

As his name suggests, he is by Ilovethiscity - Larneuk Stud's underrated Randwick Guineas winning son of Magic Albert. Son Of City is out of the unraced Danehill Dancer mare Tullia whose dam is the Flemington winner Booker Mary.