A Gem Of A Debut 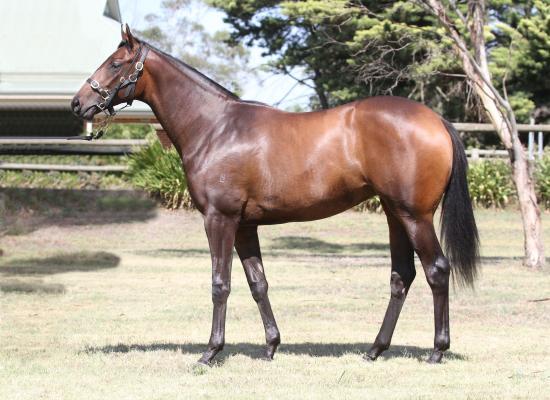 Debut winners are always exciting, especially when they win in such impressive style as did Ambitious Gem at Benalla on Wednesday - the promising filly settling midfield from the inside gate and charging late!

Needing luck coming to the turn, Ambitious Gem had a few in front of her early in the straight but when the split came late she was keen to take it... in the words of the race caller "Ambitious Gem is flying through the middle!"

Still not 100% in her racing manners, Ambitious Gem has a bit to learn but there sure is a lot of talent there.

"She made a few mistakes," Reid Balfour noted, "but she has always shown ability."

"She has been a bit unruly, there have been a few headaches getting her here but she finally got her barrier certificate a couple of weeks ago."

"She should get better with each run," he continued, adding that "she looks like she will go through her grades."

"She was way too strong today," jockey Nathan Punch said, delighted to enjoy success aboard a horse he has "ridden pretty much every day for the last two months."

"She is a bit better than these and it was very rewarding to win on her, she has been pretty hard work, she had barrier manners than needed ironing out... so it was great to get a result with her. Hopefully she is up to bigger and better things."

Bred by Northern Lodge Stud, Ambitious Gem is a daughter of one of the stable's favourite stallions Bel Esprit. Purchased at the 2016 Inglis Melbourne Premier, she is out of the stakes placed city winning Flying Spur mare Okaylah.

Served last spring by Written Tycoon, Okaylah is also dam of the handy Singapore galloper Marine Treasure from the family of the outstanding sprinter Rancho Ruler.