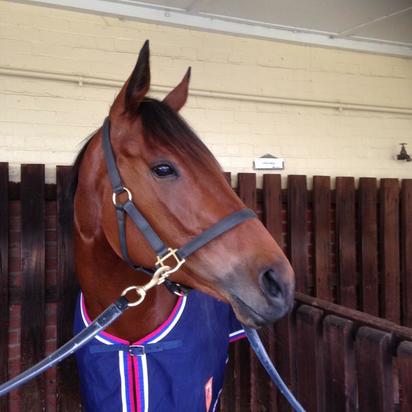 And in different but equally exciting fashion; Hay Bale leading throughout whilst Dance With Fontein charged home from the rear in the 12th heat of the 55 Second Challenge.

Having her first run since finishing close up in two stakes races over the spring, Dance With Fontein was suited by a strong pace and from the 600m she was getting ready to pounce.

Sustaining her run into the straight and through the line, the consistent five-year-old put on display a trait we have always known she has - a great will to win.

It was start number 28 for Dance With Fontein and it was her eighth victory. She has amassed over $237,000 in stakes and a poor run from her is a rare moment indeed!

"That was a great run," enthused rider Stephanie Thornton.

"Full credit to Robbie, he had her really well prepared."

"They ran along quite a bit and she was off the bit but she kept working into it from the 600m and she was really strong to the line."

"It was a small field but a very competitive one so it was great to see her come out and win."

"That was a bit of a surprise, but a pleasant one," admitted Don Healy who was happy for a few of Dance With Fontein's owners who were on course having never seen her win before."

"It was her ninth start at Moonee Valley," he noted, "and her third win. She has been consistent here and tonight's race was run to suit her."

The win was a reward for patience required after Dance With Fontein had to be scratched after misbehaving the last time she visited Moonee Valley... "she has had a few problems since but she is fit and healthy now," Healy said.

Bred at Blue Gum Farm, the daughter of their dual Group One winning sprinter Turffontein is out of the two times winning Geiger Counter mare Nuclear Dance.