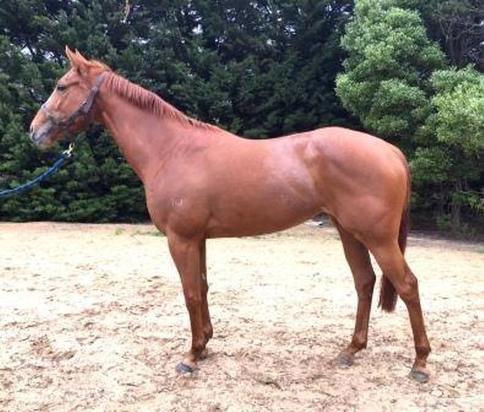 It did not take long for Mossbelle to strike winning form this time in, the game chestnut at just her second run back from a spell game to the line at Benalla on Friday.

Doing a bit of early work from a tricky gate, the four-year-old moved forward to take an early lead and from there was always travelling well for Jye McNeil.

Drifting out a little turning, Mossbelle was challenged on her inside and outside but just kept finding and on the line was easily holding her rivals - her winning margin a soft one length.

"Jye rated her really well and it was a good, strong win," said the stable's Reid Balfour.

"She has strengthened up now that she has got a bit older," he added.

"It was not the plan to lead," McNeil admitted, "but she stepped out a bit slowly and she was caught out on a limb."

"She was definitely a bit better than that class today and hopefully she can keep moving through the grades."

A big group of happy owners were on course to greet Mossbelle back to scale, enjoying her second success from just eight starts.

Raced by a Hancox Racing syndicate, Mossbelle is a $15,000 Inglis Melbourne Premier graduate by the consistent Mossman out of the winning King's Best mare Belle's Best, half-sister to 1000 Guineas heroine Lady Of The Pines and also dam of the stakes placed Exceedingly Regal.