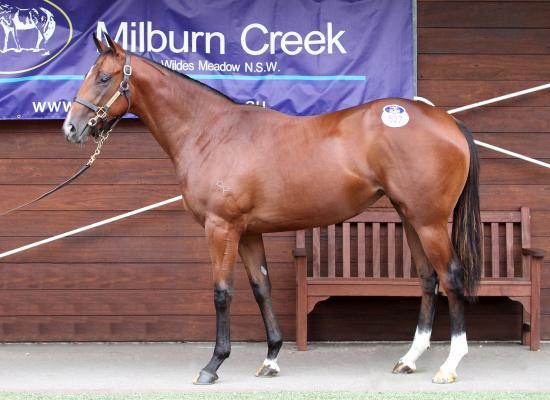 After finishing right in the thick of things at her debut in a Gr.3 Blue Diamond Preview last year, the future looked rosy for Chateau Griffo but connections had to be patient with her maiden victory taking another 13 months to come around.

Which was at Bendigo on Wednesday, the three-year-old proving a class above her rivals after hooking out wide into the straight and letting down nicely as the leader kicked having saved ground along the rails.

But she was too strong late, drawing clear to salute by 1 1/4 lengths with plenty in hand.

"It looked a very winnable race on paper," jockey Ryan Maloney, "and she did well, I was impressed by the way she lengthened when asked."

"She only had the one soft trial going into it so there is still plenty of improvement there."

"She has obviously always shown a heap of ability," said Australian Thoroughbred Bloodstock's Darren Dancer who purchased and syndicated the daughter of Sebring.

"She was awesome in the Preview last year but things just didn't go to plan and we've had to be patient with her."

"Robbie has done a great job with her, he has changed how he has been training her and that seems to be paying dividends."

Purchased at the 2016 Inglis Easter Yearling Sale, Chateau Griffo is out of the stakes placed eight times winning Commands mare Moulin Rouge who sadly died young with an I Am Invincible colt being her final foal.