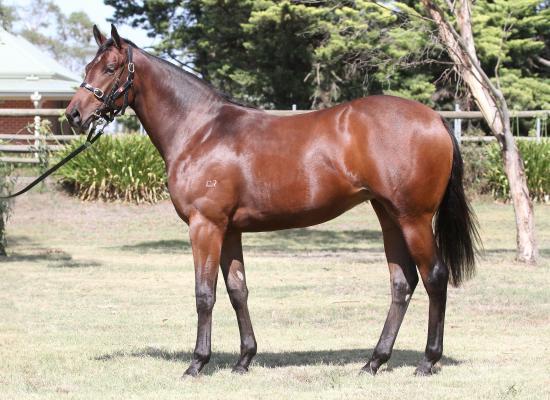 It was no surprise to see Fabrication sent out favourite at Moe on Monday, the lightly raced and promising three-year-old having finished off so well at her first two runs this time in.

Suited by a step up to 1200m, the daughter of Hard Spun got back from the tricky outside gate, ending up wide but with cover - and always travelling well for Jye McNeil who was having his first ride on the bay.

Edging closer to the action turning, Fabrication was widest into the straight but once balanced she really let down nicely, getting to second at the 200m and pinning her ears back whilst chasing the leader - showing good heart to get up right on the line.

"We had a tough enough sort of run from the barrier," McNeil reported, "but we always had cover. When the horse in front of us started to weaken at the 500m I had a decision to make - whether to ride for luck or come around them."

"I thought I am on the best horse so I backed her and went around them and she was good to the line."

Appreciating the 1200m, Fabrication will - according to McNeil - be all the better over 1400m... "she will be able to travel a lot easier and be even stronger at the finish."