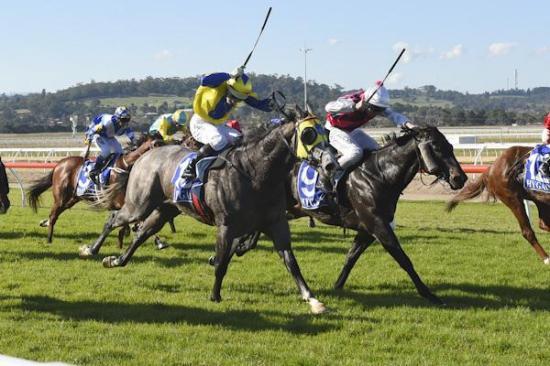 It had been a while in between drinks for Streetshavenoname so it was good to see him in winning form at Seymour on Tuesday - the tough and honest seven-year-old appreciating a drop in class when finishing too strong for his rivals.

It has been just short of a year since the gelding's latest success but it has been rare for him to run poorly and he has 25 placings to his name... finishing in the first three at half of his 62 starts!

"We always make a joke about how many times he has run second," said the stable's Beth Schoen, "but he is a consistent horse who always gives his all."

"It all worked out well for him today," jockey Nathan Punch said. "I didn't quite get to cover Ii wanted but they went quickly enough and he was always travelling strongly."

"I was worried that we were getting there too soon but he found the line well and a win can only build his confidence up."

By Street Cry's Kentucky Derby winning son Street Sense, Streetshavenoname has been great fun for his connections and has earned over $163,000. Purchased at the 2012 Inglis Easter Yearling Sale, he was bred by Newhaven Park out of their city placed three times winning Danzero mare Appear.