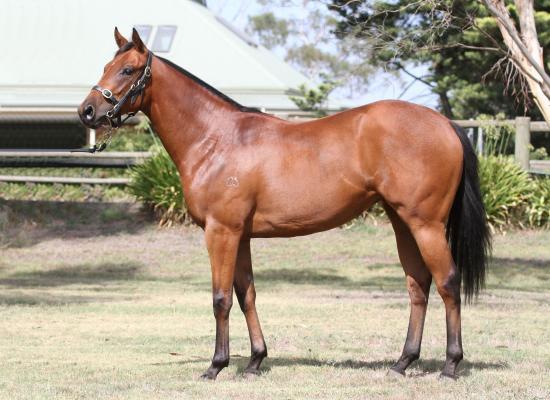 Punters were prepared to forgive Zarpoya her unplaced run on slow going at Bairnsdale late last month, at Werribee on Thursday sending her out favourite in the 1000m BM58 contest.

And she lived up to expectations, always travelling well for Nathan Punch and quickly putting ground on her rivals when asked for her final effort.

Settling midfield, wide but with cover, Zarpoya was into the clear turning - finishing off strongly out wide from the 300m and drawing clear over the final 100m with her winning margin a soft 1 1/2 lengths.

"I was always pretty confident," Punch said, "she was always travelling well and just need to get room at the right time."

"Things worked in her favour and she was too good."

It was win number two for Zarpoya who lost her way a little after earning black type with a Listed Merson Cooper Stakes third at debut and a somewhat unlucky Moonee Valley second next time out.

"She has had a few little niggling issues," Punch said, "but she seems to be over them now and she can only go up from here."

One very happy part owner on course was legendary race caller Greg Miles who admitted to getting pretty excited... "the voice got a good run today, I was cheering her pretty loudly in the stand!"

"She did not have the best runs on slow going at Bairnsdale but we were pretty confident on the dry track today. And Nathan rode her really well, he has really come of age."

It was a rather sentimental victory for Greg Miles who recalled that Werribee was "the very first track I ever went to."

A daughter of Sepoy bred by Woodside Park stud and purchased with Peter Ford at the 2016 Gold Coast Magic Millions, Zarpoya she is out of the imported Rock Of Gibraltar mare Zarzuela... half sister to the big race winner Glass Harmonium, sire of our promising two-year-old Grand Symphony.