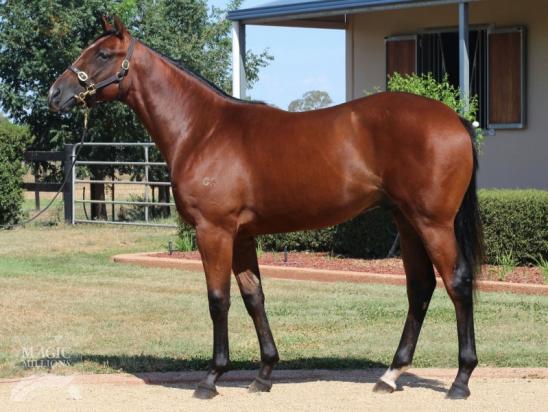 At each of his last three starts Toorak Warrior has not only risen in class but also in distance - and each time he has done everything asked of him winning each of those races in impressive style.

At Pakenham on Thursday evening the good-looking bay was once again beautifully handled by regular rider Jye McNeil who had the three-year-old travelling sweetly in third position.

Into the clear turning, Toorak Warrior quickly joined the leaders, challenged by those on his inside before getting the upper hand from the 200m - doing a good job stepping up from 1312m to 1600m.

"His sire was a top class miler and he is out of a Carnegie mare," Ryan Griffiths said, noting that the stable were always confident that Toorak Warrior would have no problems with the trip.

"He has always had talent," Ryan continued, "he just wanted to over-race a bit too much in his first campaign but he is now learning how to relax."

"He has come up well an we are really happy with him."

Toorak Warrior, who may now have a freshen to come back for the 1400m of the Silver Bowl Final, is building a great relationship with Jye Neil who was confident heading out to the track, noting that "he was really on the ball before the race."

"And he has just kept improving with each run."