All The Way For Evolutionist 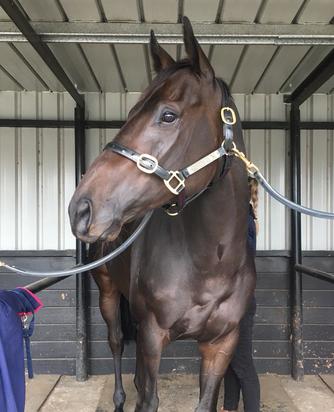 What great form Evolutionist has been in of late, the tough three-year-old at Pakenham on Thursday leading throughout to record his second victory from his last four starts having been game in the placings - without the best of luck - in between his two successes.

The blinkers were an addition to his gear on Thursday and jockey Brad Rawiller was impressed with the difference they made, noting that whilst Evolutionist was inclined to lay in quite a bit when third at Geelong at his previous outing, he was much more professional this time.

"I was not completely happy with how he felt last time but he was a different horse today. A couple of times he was trying to go a bit too hard but he was going so well at the turn. He still laid in a little bit but nothing like the other day and he was much stronger to the line."

"He is a horse with a few quirks so full credit to Robbie and the team, tonight was a good step going forward."

"He has taken a while to mature," Ryan Griffiths said. "He has been a bit of trouble at times but at the end of the day he's got talent."

"It was a good, positive ride tonight and he was able to put them away."

A home-bred for great stable supporters Craig and Kathleen Pearce, Evolutionist is by one of the stable's favourite stallions Bel Esprit out of the winning God's Own mare Creation.