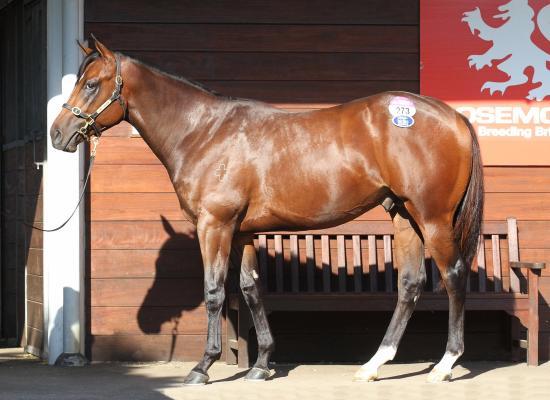 Improving at each run this time in, So You Dream looks set for further success on the back of a dominant maiden victory at Pakenham on Tuesday.

A horse who has always shown ability - but who was "a bit boisterous" during his first preparation as a colt, So You Dream was gelded before kicking off at Bairnsdale in mid-May - failing to relish the heavy conditions when unplaced on that occasion.

Much better when third at Geelong second up, the promising three-year-old was all the stronger third up, jumping well in the 1300m contest - at first wanting to pull but happy to settle once others took up the pace, affording him cover.

Gaining splits into the straight, So You Dream joined the leaders at the 250m and as was clear by the 200m - his winning margin an impressive 2 1/4 lengths.

"We came here today with a bit of confidence," said the stable's Reid Balfour, adding that "he has turned the corner this time in and matured into a nice horse."

"He still did a bit wrong early in the race but once he got that bit of cover he travelled well and the best part of that race was the acceleration he showed late."

Jockey Jye McNeil agreed - "he was pretty keen in the early stages and because of that he wasn't able to really quicken when I first asked him but he really built and found the line well."

"I was a bit worried that once he hit the front he'd have a look around but he was strong to the finish, it was a good win."

Bred at Burnewang North by Cathy Hains, So You Dream is a son of the dual W.S Cox Plate hero So You Think out of the imported Danehill Dancer mare Dreamalittledream.

Served last spring by Territories having produced a Hallowed Crown filly last August, Dreamalittledream is a 3/4 sister to stakes winner Furious Belle and half to the Gr.3 galloper Killybegs.