All The Way For No Alibi 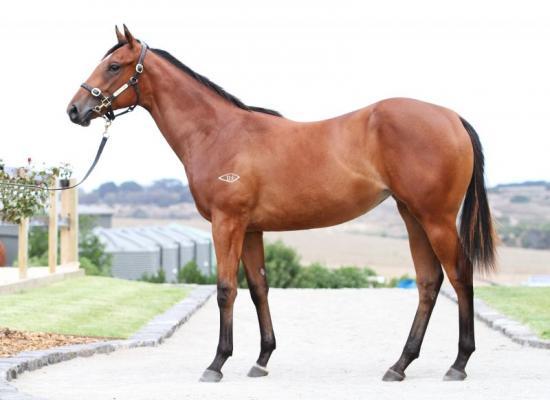 It was straight to the lead for No Alibi at Pakenham on Thursday and it was there she stayed - challenged from before the turn with two rivals right at her girth into the straight.

But try as they might, No Alibi just kept kicking and she was strong to the line as caller Terry Bailey remarked that "girl you deserved that!"

Which she certainly did, the consistent three-year-old breaking through for her first win at start number 14 having been in the placings at three of her previous five starts.

"It has taken her a while to learn her trade but she has always shown a bit at home and she seems to have clicked this prep," said the stable's Beth Schoen, adding that "she has been getting better and better at each start and it was good to see her pin her ears back and really dig deep in the straight."

Jye McNeil was also happy with the performance - "it was a good effort and she enjoyed that role in the lead."

"It felt like the opposition were coming at her late but she was really in for the fight."

Raced by a big group of patient and happy owners, No Alibi was purchased at the 2016 Inglis Melbourne Premier Yearling Sale. The daughter of Blue Diamond Stakes winner Star Witness was bred by Two Bays Farm out of the lightly raced Danzero mare For The Girls.

Served last spring by Star Witness' sire Starcraft, For The Girls is a half-sister to the stakes winning mares Impressing Matters and Genuine Girl - both of whom have gone on to produce stakes winners; War Room and Destino.

Hailing from the same family as the Group One Golden Rose winner Exopshere, No Alibi is a descendant of the influential matriarch Frizette - ancestress of such great stallions as Mr Prospector and Seattle Slew.