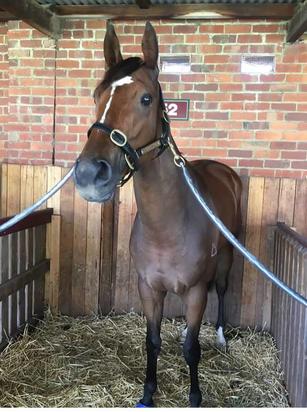 It had been a while between drinks for Capannello who, prior to a well deserved victory at Echuca on Thursday, had not been in the winner's circle since a Flemington success back in January last year.

Months off the scene with injury, Capannello was given the time he needed to recover - "his very patient owners were fantastic and well rewarded today," Robbie said.

Suited by a strong tempo, Capannello travelled well a little further back than mid-field for Ben Thompson who had the bay off the fence and into the clear early in the straight.

With 150m to Capannello was the widest of five across the line and it was he who was most determined over the final stages, putting his nose out where it counts!

"He had a lot of time off so it was a great effort from Robbie and his team. He was fit and Robbie found he right race for him."

"The speed was good which had us a pair further back than I thought but he got a good cart into the race and was strong to the line. He really deserved that win today."

Amongst those happily cheering on course was John Haberman who shares in the ownership of Capannello with five family members.

"That was a big thrill," he enthused. "He has had his issues so it was great for him to get back into the winner's circle."

A son of the Gr.1 Champagne Stakes winner Onemorenomore, Capannello is out of the unraced Elusive Quality mare Ausmaid, half-sister to the Western Australian stakes winner Ghost.

Served last spring by Palentino having produced a Ready For Victory filly last August, Ausmaid is also dam of the metropolitan winner Bel Sonic and the provincial winners Hellaroo and Lead Husson.