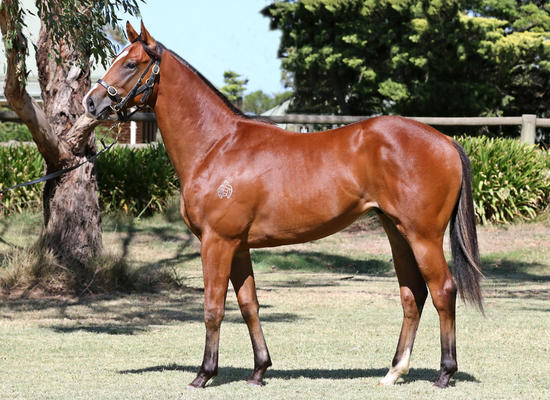 We had only just been talking about what a great job the progeny of Magnus have done for the stable with Magnation claiming his maiden at Benalla last week, our 17th winner by The Galaxy winner.

And now we discuss winner number 18, the Robbie Griffiths home-bred Halvorsen who was such a deserved victor at Kyneton on Friday - overcoming a tricky gate and a wide run to record a dominant win.

"It worked out as well as it could from that barrier," reported jockey Andrew Mallyon, "we were able to get a bit of cover three wide and was into a slipstream turning."

"Once I edged him off heels he really let go with a nice, sharp turn of foot - he put them away pretty easily."

"He is a horse who has wanted to do a few things wrong in the past," he continued, "but I had a nice type today, it was pretty painless."

"And there is still upside there - with a bit of racing and time I think we will see this horse improve into better races."

Named after acclaimed boat builder Magnus Halvorsen, the lightly raced and promising three-year-old was sent out a short priced favourite in the 1100m contest; not surprising on the back of a desperately unlucky and eye-catching Cranbourne third at his previous start.

"He has been a bit of a bad luck story this horse," said the stable's Reid Balfour, "and it was great to see him get the job done for some really good owners who also raced his dam."

"Things went a lot smoother for him today and once he balanced up I thought it would take a good one to beat him. I think he will go further."

Halvorsen is the second foal produced by the Flemington winning Not A Single Doubt mare Flourishing who hails from one our favourite families being a half-sister to the stakes winner Bel Trois and fellow metropolitan winners Ruby Trois, Vaingtlago and Trimensa.

Given last year off having produced an Unencumbered filly in early November, Flourishing hails from the family of Golden Slipper hero Tontonan.