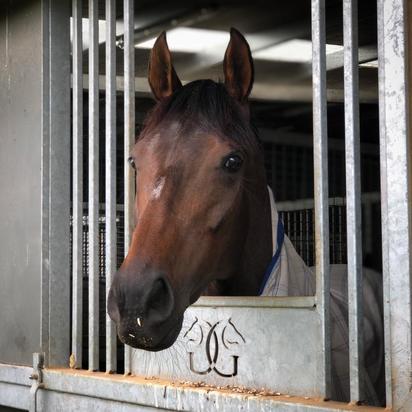 Having had three horses finish second in the lead up to Ambitious Gem's race at Pakenham on Thursday evening, it was with great relief that the stable cheered that four-year-old home to an emphatic victory.

"We thought it was going to be one of those days," Jade Matthews laughed, happy to have a winner in front of a big group of delighted owners.

And pleased also for jockey Nathan Punch who "rides her every day."

Having her first run since late June, Ambitious Gem has, Matthews said, come up extra well.

"She has been doing everything right this time in. She could be a little difficult when she was younger; she still has that bit of attitude but she is a happy horse."

"She has always shown a lot of ability and is maturing now."

"She could be a bit of hard work at home," Nathan Punch said. "She is a little bit quirky but she had a good break and she has come back really well."

"I am confident that she can take another step this preparation."

The winner of two of her eight starts, Ambitious Gem is by one of our favourite stallions Bel Esprit out of the Gr.3 placed city winning Flying Spur mare Okaylah.

Bred by Northern Lodge Stud, she is a half-sister to the handy Singapore galloper Marine Treasure from the family of stakes winners The Big Chill, I Am Coldplay, Rancho Ruler and Icy Calm (her third dam).