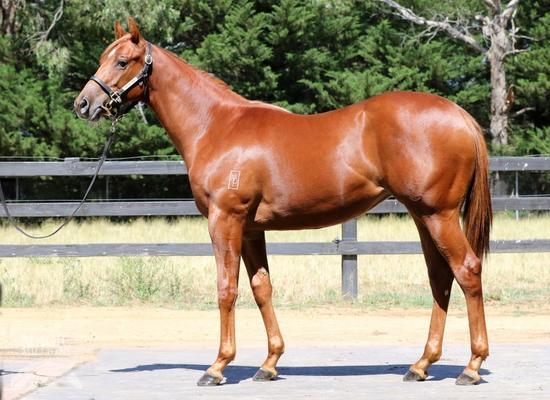 The lightly raced and promising Stravain did not have a great deal of luck at Yarra Valley earlier in the month - finding plenty of trouble in the run before making a late dive and only just missing out on the prize.

But she was able to atone at Moe on Friday, enjoying a much better run this time - doing a little bit of early work before finding a nice position behind the leaders with plenty of galloping room in the run home.

Getting up on the inside of the leader straightening, Stravain did have a little fight on her hands but she found plenty to break her maiden in game fashion at only her fourth outing.

It was a significant win not only for Stravain and her happy connections but also for her rider Martin Seidl - his first Australian success on the back of a frustrating run of seconds; five from 11 rides!

"I am very happy to break the ice," said the German rider who has enjoyed success around the world, most recenly in South Africa.

"We had the perfect race and she finished very well."

In Australia for four months, Seidl has ridden winners in France, Italy, Germany, Belgium and South Africa and was keen to seek experience even further afield, hence his trip down under.

"If you look around the world Australian jockeys are on top so I wanted to come here and try something new."

"It was a ten out of ten ride from Martin," said the stable's Beth Schroen who has plenty of time for Stravain who she describes as a very sensible, smart filly.

"She does everything so professionally," she said, "and she will gain great confidence from today... hopefully she can go right on with it."

She is the first foal for that promising broodmare who recently produced a Deep Field colt having foaled a Written Tycoon colt last spring.

A half-sister to the stakes placed nine times winner Capital Commander, Little Favours is a granddaughter of the Group Two mare Twining, also ancestress of the stakes winners How Funny, Jester's Girl and Assimilate.