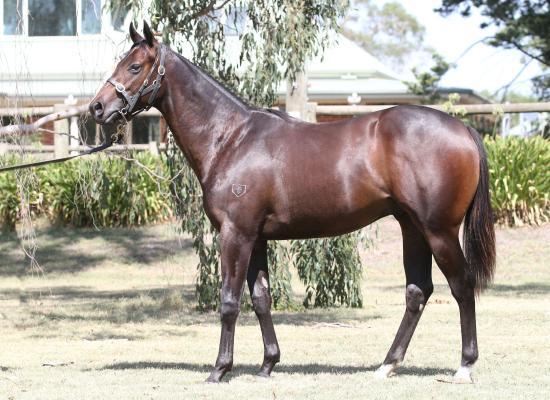 The promising Sagarra did not have a great deal of luck during his debut campaign over the winter and it was therefore most encouraging to see him kick off this preparation with a dominant victory at Bairnsdale on Wednesday.

Having his first start since pulling up sore behind after a game fifth at Sale in early August, the four-year-old Teofilo gelding did not enjoy the best of runs out wide from a tricky gate but he was always travelling well for German rider Martin Seidl who has now ridden two winners for the stable (later in the day making it three).

"It is a nice story as since I have been here I have ridden him in track work every day," Seidl said.

"He is not everyone's friend," he laughed - "he was not my friend at the beginning but now he has to be my friend!"

Seidel was at first a bit concerned at not being able to gain cover but was confident in his charge's ability to overcome a wide run - "I knew from his work over the last two weeks that he would stay the trip," he said.

"That was fantastic for the owners and for the horse's confidence," said the stable's Beth Schroen who admitted to being "a little bit worried when he was so wide at the turn."

"But once he balanced up and let down there was no doubt," she said, adding that Sagarra is "quite a talented horse who has just taken a while to learn his trade."

Bred locally by our loyal clients Princeton Thoroughbred Stud, Sagarra caught the eye at the 2016 Inglis Melbourne Premier where he was secured by Robbie with McKeever Bloodstock - Princeton's Craig and Kathy Pearce remaining in the ownership.

He is the first foal for the unraced Exceed And Excel mare Mintbin who had a bit of bad luck during her first few years at stud. She is off and rolling now though with her next foal being the recent easy trial winner The Factof It whilst she also has youngsters by Rubick and Nostradamus.

Mintbin is a daughter of the stakes placed Catrail mare Sophistocat (whose five foals to race have all been winners), half-sister to the Listed winner Sir Success and to the dam of Listed winner Sweetest Melody, in turn dam of this season's Group Two winner Smart Melody.