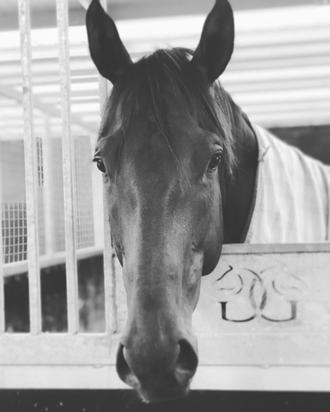 Promising three-year-old The Running Man added another string to his bow when swamping his rivals from the rear at Yarra Valley on Friday.

Stepping up in class off an on pace maiden victory at Echuca three weeks ago, the son of Zoustar was tackling an odds-on favourite in the shape of Tykiato, a seven times winner of over $239,000 in stakes enjoying a drop in class.

It was intended that The Running Man from an inside gate would again be up in the running but there was more pace on than expected - leading to the in-form Martin Seidl having his charge much further back than usual.

But The Running Man travelled nicely for him and was into the clear straightening, coming widest into the straight and quickly overhauling his rivals - putting his nose down right where it counts to record his second success from just six starts.

"It was not the script but Plan B worked out," said the stable's Beth Schroen, adding that "it was fantastic to see that he was still able to stretch out and hit the line."

Seidl, who is enjoying good success in Australia having at first endured a frustrating run of seconds, was always happy.

"He jumped okay but others from the outside were chasing to get to the front. They went too fast so we were able to pick them up at the end."

"It was the perfect race for him, he is a horse who needs to relax so I just sat at let him travel At the 350m I pulled him out and he did the rest."

Hailing from the family of classy sprinters Midnight Fever, Shovoff, Shovhog and Startling Lass, The Running Man was bred in the Hunter Valley by Gerry Harvey - catching the eye at the 2017 Gold Coast Magic Millions where he was purchased by Robbie and Peter Ford, both of whom are in the ownership along with the Pearce and Banjanin families.