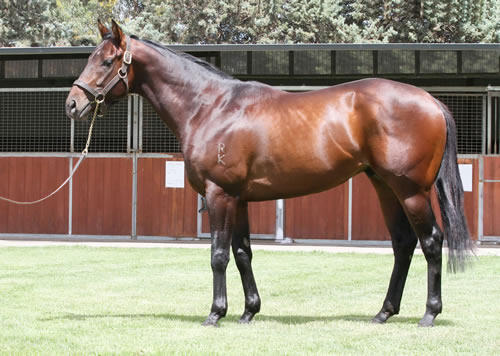 Sent out favourite on the back of an encouraging and unlucky debut second at Bairnsdale in mid-December, Self Imposed was impressive breaking his maiden at Echuca... our final winner for 2018!

Overracing a little in the early stages of the 1000m contest, the promising three-year-old was eased behind the speed by the in-form Martin Seidl and from there travelled well - still a little green but just too strong over the final stages.

"Last time I was a bit unlucky," Seidl reported, "he just didn't get the run but today I gave him every chance."

"I know from riding him in track work that when he gets to the front he can look around a bit so today I hit the lead late though it was still a bit early as he was still watching... he is still learning but he learned more today than he did last time and I think he will have a nice career."

"Martin did the right thing easing him," said the stable's Ryan Balfour who is looking forward to seeing how Self Imposed progresses with time.

"He shows good natural ability but is still immature so he will go out for a spell now - and he will come back mentally and physically stronger next time in."

Raced by a big and happy group led by Toby Liston of Three Bridges Thoroughbreds, Self Imposed is the 30th individual winner for that farm's stallion Unencumbered (pictured), the Magic Millions winner who sadly passed away too young in March.

He is a half-brother to another ill-fated horse in Miss Nymeria who showed such good promise for the stable, going amiss after just three starts including a Gr.2 Blue Diamond Prelude third.

Self Imposed is out of the lightly raced Ferocity mare Typhoon Tilly, a half-sister to the dual Group One winning sprinter Typhoon Zed. Producing a Dream Ahead colt in October, she is also dam of yet to be named youngsters by Rubick and Artie Schiller.