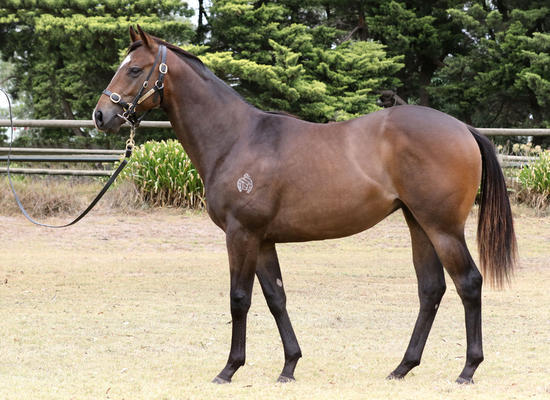 "When I got to the top of the straight he was going well but I thought 'geez I've set him a task here!'" - the words of jockey Andrew Mallyon describing the barnstorming victory recorded by the recently re-named Trygve (formerly Languishing) at Pakenham last Friday.

Still four or five lengths off the leaders with just 200m to go, Trygve really put in the big strides late, charging past his rivals to break his maiden by a soft length at his fourth start.

Suited by a strong pace set up by Governor Landy, Trygve travelled well though not really happy with the kickback. But he was into the clear early in the straight - and was off and away, showing the turn of foot that he has always shown at home though not at the races- until now!

"He has never brought to the track what he he has done at home," said the stable's Beth Schroen - "we have always know that he is a classy horse, it has just been a matter of him learning how to settle and let down."

Which he certainly seems to be doing now - "the penny dropped today," Schroen said - "he bolted in!"

"Robbie has always had a very good opinion of him," Andrew Mallyon said, "he has just been a very raw horse."

"I had a good chat with Max (Matthew Allen) before the race and he ran me through his quirks and except for the kickback which he didn't l ike, all went to plan and to reel him in like he did was very good, he was a class above those."

"Once he learns his craft he is going to win better races."

A home-bred for Robbie (as was his dam, the dual city winning Not A Single Doubt mare Flourishing), Trygve is a full brother to the classy Gr.3 placed Halvorsen whilst his dam is a half-sister to the Listed winner Beltrois... both members of our stable.

Fair to say then that this family has been great for us and hopefully there is more to come with Flourishing paying a return visit to Trygve and Halvorsen's sire Magnus last spring.