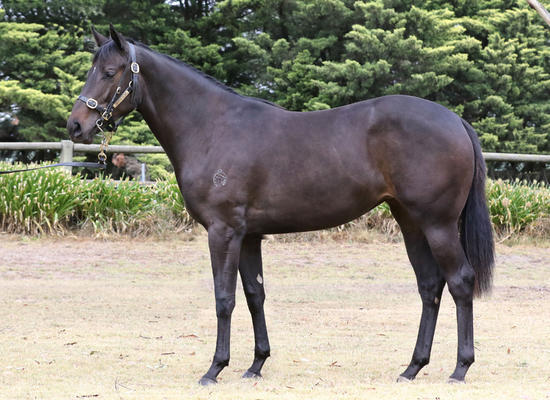 A tonic for Robbie as he recovers from surgery with his promising home-bred filly Don'Ttelltheboss at just her second outing showing plenty of heart breaking her maiden at Moe on Thursday.

Expected to run boldly having been such a game second as favourite at her Sale debut late last month, the three-year-old jumped fast and travelled well on pace for Matthew Allen, taking he lead turning.

Whilst her winning margin was not a large one, her win was soft - the runner-up scrubbed long whilst our girl's ears were pricked!

Still learning her trade, Don'Ttelltheboss has plenty of upside and Beth Schroen was delighted to see her in winning form so quickly - "she has always been a talent," she said, "and it was great that she was able to put them away like that at only her second start."

"She showed good speed and good ability," Allen said - "she puts herself into a good spot, deso everything right and gives a kick... she will win more races."

A daughter of Street Boss who sired our Newmarket Handicap hero The Quarterback, Don'Ttelltheboss is the second foal and second winner produced by the lightly raced winning Haradasun mare Canterbury Hill who was also a member of our team.

Served last spring by Cable Bay with youngsters by him and Nostradamus, Canterbury Hill is a daughter of another Griffiths trained horse, the Gr.1 Australasian Oaks runner-up Cancanelle who sadly died young having had only two foals. This is a family of tough sprinters; Don'Ttelltheboss able to boast amongst his relations the stakes winners Elite Elle and Rich Habit.