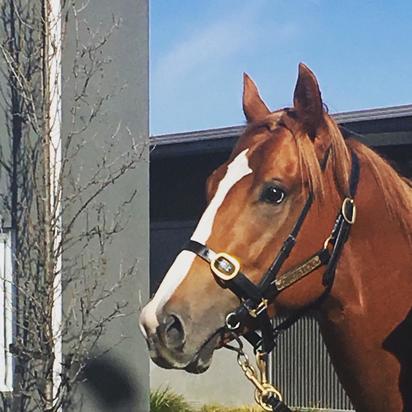 They just don't make them any tougher than our gallant gelding Robe de Fete, the four-year-old so very gutsy defying all challengers in the BM64 1600m contest at Pakenham on Thursday night.

Jumping well from the outside gate, the chestnut at first had the lead to himself, jockey Brad Rawiller happy - but soon enough he had a horse outside of him putting just that little bit of pressure on.

"On paper it looked liked we'd get a soft lead but we actually had to bowl along pretty strongly," Rawiller said.

"At the half mile he got a little bit of a rest but then it was a line-ball fight... and he relished it!"

All the way down the straight Robe de Fete was asked to dig and he did just that - refusing to be headed, refusing to give in.

"He fought it out so strongly," Rawiller said, "and don't forget he had 61kg!"

Three kilos more than the runner-up, adding further credit to the performance; a win which was Robe de Fete's fifth from just 18 starts.

And he was a bit unlucky not to have won at Pakenham a couple of weeks ago as well, working hard there only to be run down late.

"He is just such a tough horse," Jade Matthews said.

"I thought the other horse was going to get him a few times down the straight but he braved it out. He is so honest, he is always in for the fight - he is a lot of fun!"

"He just lost his way a bit as a colt but once he was gelded he really turned his form around, he is fit and well and back to being a racehorse."

"He had good form around nice horses when he was younger," she continued, "so the ability has always been there."

Bred in NSW by Fairview Park Stud, Robe de Fete is a son of the globe-trotting multiple Gr.1 winner Choisir and the terrific race mare Party Dress who was also known for her will to win having been successful at nine of her 27 starts.

Sadly Party Dress has not had a lot of luck at stud in recent years but she is also the dam of the yet to race three-year-old Turquoise Party by Wandjina and a yet to be named two-year-old colt by Star Witness.

A descendant of the influential matriarch Marchetta, Robe de Fete can count amongst his close relations the stakes winners Twilight Precieux, Night's Upon Us, Nocturnal Spree and Lambton Castle... whilst further back this is the family of such high class horses as Testa Rossa, Bustino, Alycidon, Larkspur, Blevic, Ambiorix, Turn-To, My Babu, Irish River, November Rain and Klairon.