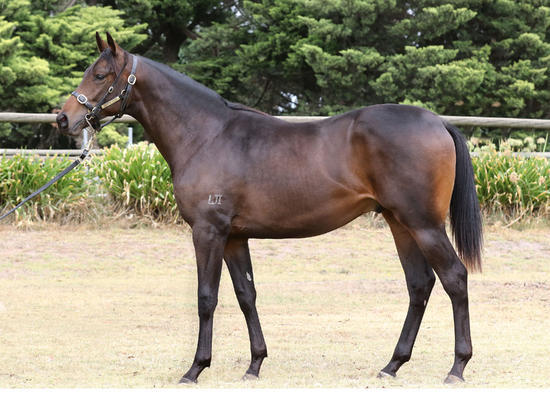 We have always had a good opinion of Hernandez so it was a surprise that he took ten starts to break through - but when he did so he did it in good style, finding the line well despite still doing a helluva lot wrong!!

"He has a tendency to drift in towards the fence which is something we have to work on," said Robbie after the promising three-year-old - who had been four wide into the straight - ended up along the rails over the final stages.

Having covered ground throughout the 1600m contest at Bendigo, Hernandez was a tough winner - "it was a good effort to show that turn off foot off a wide run," Robbie said.

"We have not yet seen the best of him," he added, "and hopefully now that he has that win on the board he can go on with it, he has plenty of upside."

Bred in NSW by Rothwell Park, Hernandez is a son of Horse Of The Year Dissident and the Gr.3 placed dual city winning Encosta de Lago mare Terrenora.

Also dam of the stakes winner Ghost and the metropolitan winners Nielson (Tasmania), Noble de Love (Hong Kong) and Tellora (in turn dam of the Gr.3 placed La Tigeresa), she is also grandam of our stakes placed city winner Cappanello.