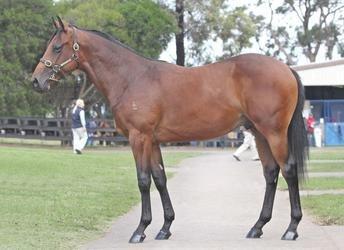 Last Wednesday at Sale was a good meeting for us, the stable saddling up three nice horses with Rocknet in winning form whilst Streesthavenoname and Prix D'Or were both game in the placings.

Settling midfield in the 2200m BM64 event, Rocknet travelled nicely for Matthew Allen, making his run from before the turn and finishing off gamely to claim victory right on the line.

Doing a good job carrying a couple of kilos more than the runner-up, Rocknet recorded the second success of his consistent 18 start career, one that has seen him fill placings on a further 13 occasions.

Only twice out of the first five, Rocknet is a particularly honest performer who was well deserving of this victory having been placed at each of his four previous runs.

"There was a good tempo throughout which suited him," jockey Matthew Allen reported, "and he enjoyed a nice smooth run into the race."