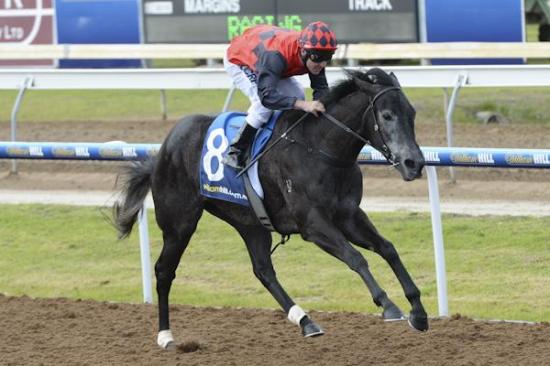 It was a joy and a relief to see Deja Blue break her maiden in such convincing fashion at Geelong on Friday, the promising two-year-old having been so desperately unlucky at her previous outing.

Getting behind a wall of horses on that occasion, Deja Blue was travelling well with nowhere to go - getting clear too late and charging home to only just miss out on the prize.

There were to be no such bad luck stories this time however, Ryan Maloney keen to atone, noting that "I thought she was the best horse in the race and I rode her accordingly."

And so it was to the lead that Deja Blue went, giving a good kick at the turn and racing away to win by a soft two lengths.

"Where she put herself she definitely was not going to get any bad luck today," Jade Matthews sais - "she was pretty quick out of the gates, she was really going for it."

"She just wanted to be there and she was happy travelling in front."
Maloney was impressed by the ease of Deja Blue's victory and is confident that the youngster will be all the better next time in - "she will benefit from this preparation and will mature into a nice three-year-old," he said.

Deja Blue inherits her grey coat from her direct female line, the descendant of the famed matriarch Mumtaz Mahal having as her sixth dam the champion Petite Etoile.

The winner of 14 of her 19 starts and crowned UK Horse Of The Year, Petite Etoile is also ancestress of the unbeaten star Zarkava whose fourth dam Zahra is Deja Blue's fifth dam.