Change Of Fortune For Rearview 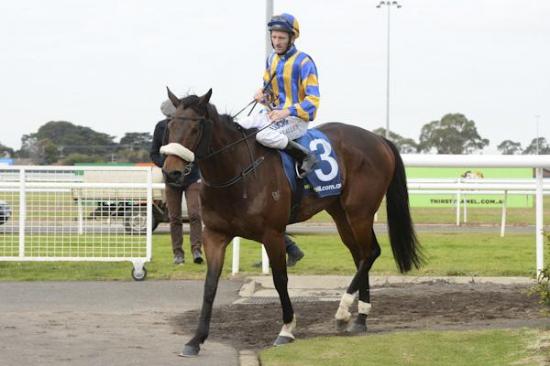 Last but luckless as favourite at his previous outing on the Geelong synthetic, Rearview was terrific atoning in determined fashion at that same track on Tuesday.

Badly held up for runs all the way down the straight in late June, Rearview was forgiven by punters and again right in the market and he did not let his supporters down.

Though for a couple of strides early in the straight he again looked to be in danger of not getting a run but Matthew Allen soon had him in the clear and he charged home to steal victory on the line.

"The run came at the right time and he did a good job," Robbie Griffiths said.

"He has been a bit of a magnet for bad luck this horse so it was good to see him find the line so well."

"He will continue to contest races on the synthetic over the winter as he really likes the surface and he pulled up very well."

Raced by a large and enthusiastic group of owners headed by Sharing Winners, Rearview has now won three races, two of those at Geelong.

A son of Kaphero, also sire of the stable's promising two-year-old Northkape, Rearview was bred in Tasmania out of the lightly raced Viking Ruler mare Viking Rose.