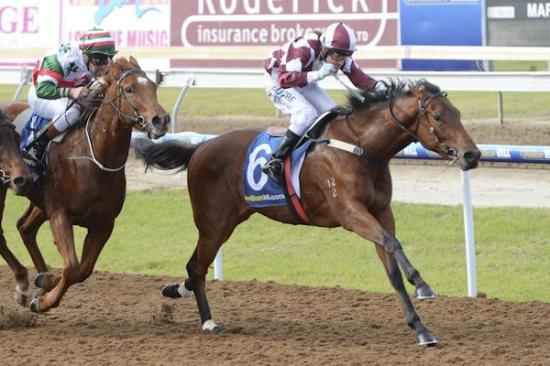 Rises in class and distance proved no hindrance to the promising Don't Doubt Marley as she went on her winning way at the metropolitan grade meeting at Sale on Wednesday.

Having been a gutsy winner at her Geelong debut over 1000m 22 days previously, Don't Doubt Marley was up from maiden class over 1200m and whilst she had only four rivals they were handy ones.

In fact the form of the others was good enough for Don't Doubt Marley to be sent out the second outsider of the small field - but thanks to a lovely ride by Ivan Culliver she won as though she was favourite!

Settling behind the leader and gaining a lovely rails run into the straight, Don't Doubt Marley attacked the line well - making it two wins from two starts for the daughter of Not A Single Doubt.

Culliver was pleased by the improvement Don't Doubt Marley had taken from her first start.

"She was a bit nervy behind and in the gates at her first start but today she took it all into her stride."

"She is only small," he added, "but she is really genuine and she does everything you ask of her."