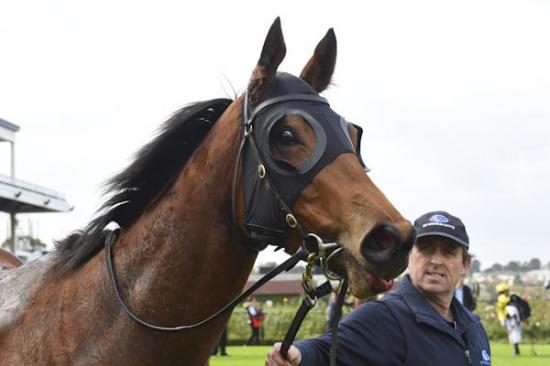 Despite a jump up in the weights, talented filly Faction was able to break through for her first metropolitan victory on Wednesday - the daughter of Encosta de Lago racing away to an impressive 3/4 length win at Flemington.

Under the steadier of 59kg, Faction travelled nicely for Ryan Maloney who had her in a nice position with cover back in the field and by the 300m she was working her way into the clear.

Hitting the lead with 100m to go, Faction drew clear from the previously unbeaten Lirabird - winning in the style of a filly ready to go places.

"She is a nice filly we have had a few problems with," Don Healy said "but her owners have been patient and she is now rewarding them."

A three times winner from just ten starts, Faction has always displayed good ability and her professional attitude to her racing has impressed.

"She has been a dream," Healy said, adding that the bay has "improved with racing and maturity."

Raced by her co-breeders Coolmore Stud with Robbie, Colin Pearce, Tony Penglase, Neville Blake, John Levonis and Triamps Racing Faction is a granddaughter of Golden Slipper heroine Polar Success from one of Australia's most prolific Group One families - that of Elvstroem, Haradasun, Circles Of Gold and Starspangledbanner.