Four for It's One 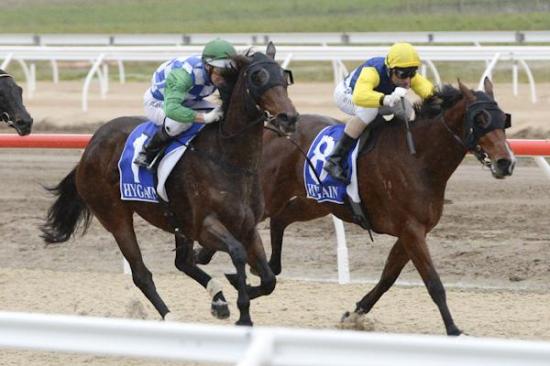 61kg is quite the steadier but it proved no hindrance for the tough It's One at Pakenham on Thursday, the talented four-year-old finding the line to win the Slickpix Showcase in determined fashion.

Conceding the runner up 5 1/2 kg and the third horse a staggering 7 1/2kg, It's One was aided by a great ride by Noel Callow.

"He is good for horses allotted a lot of weight," Robbie noted - "as there is no dead-weight which makes it easier for the horse."

"She has been a terrific mare," Robbie continued, noting that the daughter of O'Reilly has won four of her 21 starts and over $120,000 in stakes.

"She is already a city winner but we will try to win another one before she retires and there is a race at Flemington at the end of the month that suits her."

A home-bred for terrific stable supporter Gerry Ryan, It’s One is out of the city winning Montjeu mare Numero Douze, daughter of the New Zealand Listed winner Tristachine whose dam Getting There was also a stakes winner.